Brendan Dawes takes classic films such as Kill Bill and Jaws and transforms them into large tapestries of colour for his work ‘Cinema Redux.’

He speaks to us about his work, the future of data and shares his top 5 sources of inspiration from the world of technology, design, and architecture.

Can you explain the concept for Cinema Redux and how this came about?

Pretty much everything I create is born out of play; pushing and prodding something to see what might appear out of that often messy process. Cinema Redux was born out of such a process, one rainy Saturday afternoon in 2004. I was looking at different ways to take frames of a film and display them in various ways rather than how you’re supposed to view them, i.e. in a sequence at 24 frames per second. Anything is a source material that is waiting to be manipulated into different forms including film. I was writing little bits of code to take frames from films and playing with it – I guess it was like sketching with code.  One of the things I love about creating with code is how easy it is to make a subtle change  that can have a huge impact on the resultant form. I remember I’d done various treatments and then I just changed a few things so that each row of the image was 60 frames wide with each frame sampled every second. There was something about the images that sprang forth that were kind of interesting; I loved how you could see the editing process, the use of colour and other things,  so I did a few of my favorite films and put them up online on my site. It seemed to resonate with quite a few people and became this thing called “Cinema Redux”. I think all you can do is put things out there — things you think are worthy of existing — and wait to see what reaction these things get.

Jaws was the one of the first films I saw at the cinema (with my Mum as it was AA rated) and had a real effect on me. I just thought it was incredible, right from the opening scene. I’m a big Hitchcock fan and Vertigo is a masterpiece. What’s great viewing it through the lens of Cinema Redux is you can see the two parts of the film – one red, one green. Kill Bill — well I love anything Tarantino and Kill Bill is just so colourful that it really deserved the treatment. I have to confess Blow Up is not really a favourite of mine but was done as a favour to a friend! 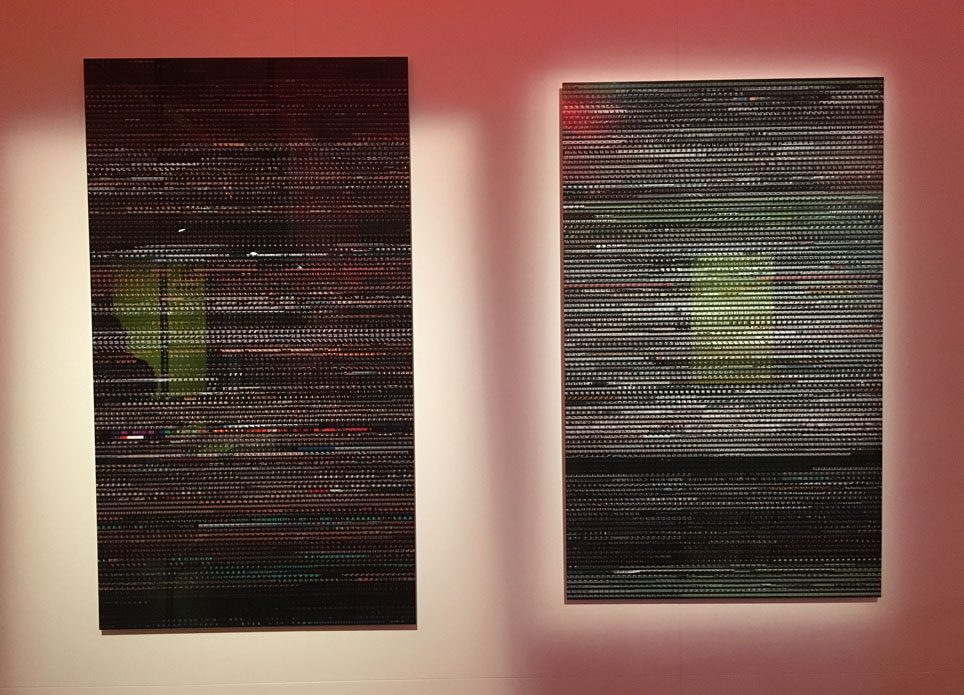 Your work uses a mix of data and analog mediums – why does this technique of bridging the analogue and digital appeal?

Ultimately everything gets converted to analog in order for us to experience it; we’re analog beings so I make things that appeal to people rather than machines. Don’t get me wrong — I love digital and the possibilities it allows but with analog there’s a fuzziness that I like and seems to be a beautiful fit with the non-sensical often illogical nature of what it is to be human. I think by merging those two worlds, or at the very least being influenced by both, allows for the creation of better work. I’m interested in subtleties rather than epicness. I think subtleties and tiny quirks are the reasons why people connect with things whether that’s other people or devices.

In what other ways do you play with and use data in your design and art practice?

If you look at my output it’s pretty varied — from prints, to web based dataviz interfaces, to Internet connected electronic machines, to 3D printed data objects and even brand identity. Right now as I write this my 3D printer is finishing off a week’s worth of printing to form the cases of twelve electronic objects to be installed at the Sundance Film Festival. This project has involved industrial design, electronics and writing a backend service on the server that interacts with SMS messages, all to allow people to interact with a certain type of data in a very analog way. Previous to that I completed work for a client that originally started out as a data visualisation job but I ended up creating their whole brand identity that kind of fell out of the other work I was doing.  It’s certainly never boring and I love learning new things every day as well as putting things out there that will hopefully get people talking. I think all I do is create little ecosystems — with a few little rules in place — for people to play within. But it’s important that such an ecosystem allows for possibilities beyond things you’ve thought of, so you can be surprised by what people do when playing within it.

How will big data shape the production of culture in years to come?

I think to be honest I’m more interested in Small Data rather than Big Data. I think as a culture we need to be less about making epic sized things and make more subtle things. The problem is subtle things, by their very nature don’t grab the headlines like their bigger counterparts, but I really find most large scale things supremely throwaway and transient. I want to make things that have a lasting effect as I think it’s millions of small things have much more of an impact on popular culture long term than one massive thing. Big data provides a source material but it’s mostly noise. Part of what I do is to try and filter out the noise to find a clearer signal. I think society as a whole should be doing that too – setting our filter levels to very very high.

Under the Skin – dir. by Jonathan Glazer 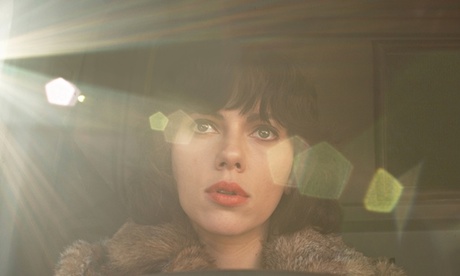 Under the Skin. Dir. by Jonathan Glazer. Source: theguardian.com

Well it seems fitting to start with a film and I’ll have to go with one that left a real impact on me when I watched it, which is Jonathan Glazer’s Under The Skin. I think it’s a masterpiece. The film feels alien, like the main protagonist, and I remember thinking after watching it for the first time not really being sure of what I’d just watched. I love when Jonathan Glazer says in an interview how he didn’t really know what he wanted to make — he just had an “emotional compass”. That really resonated with me — the feeling of not knowing how to articulate this thing I want to make, but emotionally I know where it needs to go. 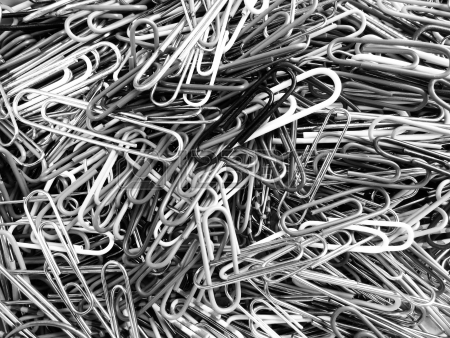 A paper clip. OK so this may seem like the dullest thing ever but do you know there are many different designs for paper clips? Yeah. Paper clips. That boring, utilitarian object that just does its job really well. I mean why bother designing different shapes and styles for something so humdrum? Yet there they are in all their wonderful varied glory. Those little things inspire to remind me that there is always room for new things to exist, no matter how many have gone before. To be honest I love all stationery. 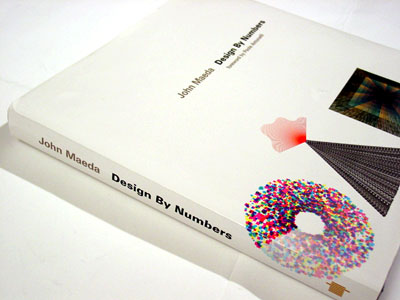 Design by Numbers by John Maeda. All my work starts out from small discrete components — little experiments created with code that by themselves are nothing special, yet when combined together with other components allow interesting things to emerge. John Maeda’s classic Design by Numbers is very much like that – very small, simple pieces of code that show the power of code within a graphic design context. It showed how the computer is an artistic medium and is as relevant today as when it first came out.

The Mother of All Demos, presented by Douglas Englebart

Douglas Engelbart and the Mother of All Demos. On December 9th 1968 Douglas Engelbart gave a demo of various technologies that is breathtaking in its visionary thinking, that we’re still feeling the impact of today. In this one demo he shows working examples of video conferencing, hypertext, collaborative editing, copy and paste, dynamic linking and much more. As you watch it it’s not like watching a tech demo but more like watching a gifted pianist play a piece by Rachmaninoff. The thing to think about here is this was totally new – it wasn’t based on other paradigms that had gone before — this was true originality, and inspires me everyday. 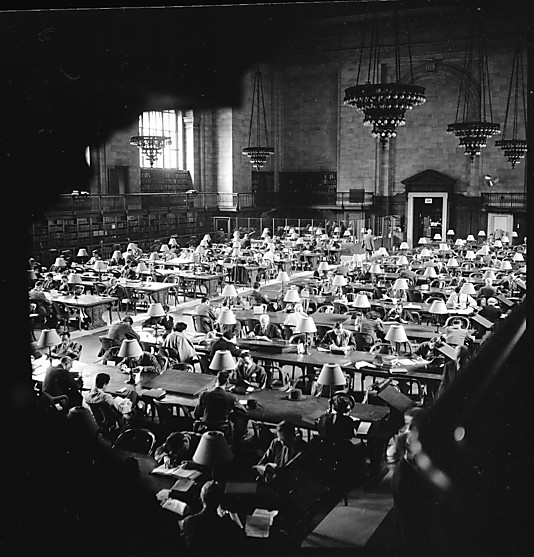 The reading room at the New York Public Library. I think silence is a very powerful thing and I love any space that is created to amplify that silence. This particular place is very dear to me as it’s where I write some of my book, Analog In, Digital Out. There’s something wonderful being surrounded by walls full of knowledge alongside other people silently thinking. New York is still my favourite city and is kind of a physical manifestation of big data — but it’s big data you can bump into on the street. 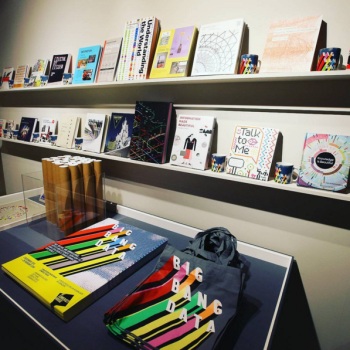